How To Make Your Own Sailor Moon Costume (Quick Guide)

You don’t have to be a veteran anime fan to know about Sailor Moon. The manga is a classic that originally aired as an anime in the 90s and aside from being popular among children for its quirky characters, it’s a vintage favorite for most fans because of its pleasant aesthetics. If you want to know how to make your own sailor moon costume, we will provide you with everything you need to transform into the character.

Here is everything you need for a Sailor Moon costume:

Who is Sailor Moon? 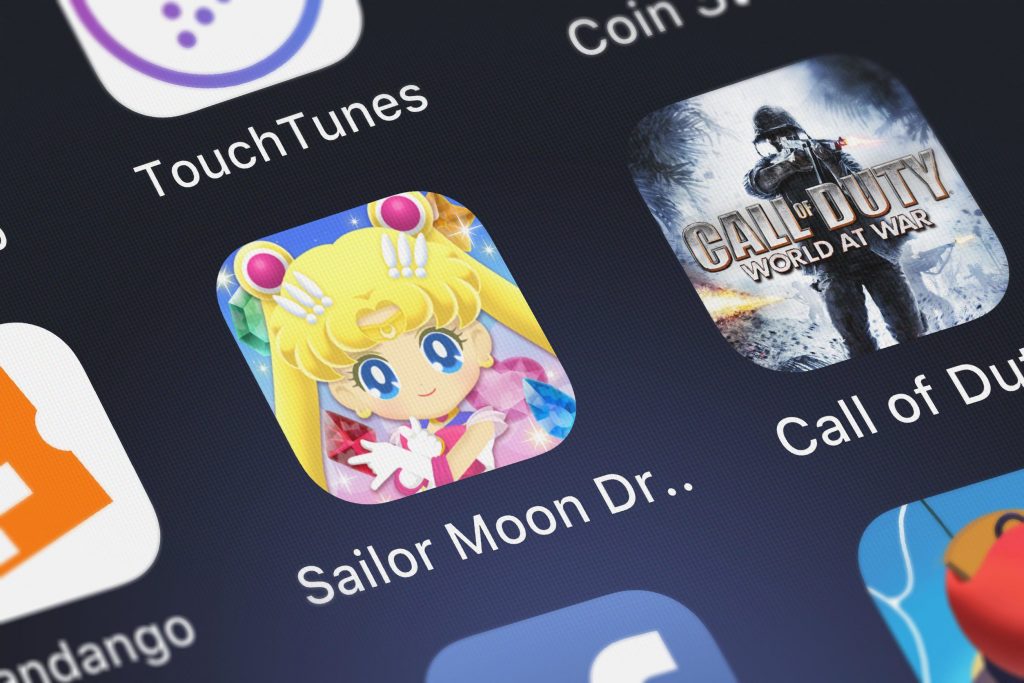 Among the characters, the most popular is Tsukino Usagi, aka Sailor Moon, the leader of the Sailor Soldiers. She’s easily recognizable because of her blonde pigtails, bangs shaped into a heart, and knee-high boots.

Her distinct appearance has made her one of the most cosplayed anime characters ever. So if you’re looking to recreate her classic Sailor Soldier uniform, we’ll show you how to DIY it. When it comes to cosplay, we’ve provided details on how you can build your own Catwoman, Poison Ivy, or Princess Peach costume. We also know how to go about starting your own cosplay business, so needless to say, we know our stuff.

The best thing about cosplaying your favorite characters is that you needn’t follow the design to the very last detail, especially if you’re trying to make it yourself.

Moreover, making your own costume ensures that you can adjust the design according to your needs, which is impossible in store-bought costumes. For instance, some fans wouldn’t prefer to wear such a short skirt, so designing their own lets them adjust the length as per their needs.

The main elements of Sailor Moon’s costume are:

Despite having simple elements, what makes it a tricky cosplay to execute are Usagi’s unrealistic proportions. Nonetheless, it’s important that you have fun and wear whatever size you’re comfortable with.

Blonde pigtails are a classic look that is used in many anime characters. Sailor Moon traditionally sports long blond pigtails as part of her appearance. If you are looking to capture the essence of Sailor Moon out of the box, then try using blond pigtails like the one above. However, feel free to add a splash of uniqueness to the cosplay and choose different hair color or style!

You’ll be building the entire costume off of a white base leotard. We suggest you get this one from Amazon because it’s available in a range of sizes. The actual costume has some detailing along the sleeves to make them seem puffier. You can do this or opt-out of it, but here’s what you will need and can get from the fabric store.

Turn the leotard inside out and put in on a table. Cut out a piece of white fabric that looks like the sleeve and sew it on top of the original sleeves so it looks like there are two layers. Make sure you don’t stitch along the side seam yet since you need to make sections and add filling to make it look puffier.

Once you attach the extra sleeve over the original (from the shoulder only), sew along the circumference of the sleeve so it looks like there are three sections.

You’ll notice that the side seam isn’t closed, so that’s where you can add the stuffing from. You’ll be adding the poly-fill to two of the three sections, leaving the one in between.

This way, you get puffy sleeves that don’t look too extra 🙂

Using the same two materials (white fabric and polyfill), you’ll be making the white waistband that’s just above the skirt.

For this step, make sure to put your leotard onto a mannequin or ask someone (who’s the same size as you) to wear it.

Make a tube using the white fabric and stuff it with filling. To make the tube, simply fold a thin piece of white fabric along the length and turn it inside out. Once you make the hip roll accent, keep it aside until you’ve made your pleated skirt. If you plan on using a ready-made skirt, sew a bigger hip roll so it can hide the edges of your skirt.

You can opt to make one yourself, but if you don’t have the sewing skills, it’s best that you buy a skirt instead. We like this pleated school skirt from Amazon because it looks very similar to the one Usagi wears.

Put the skirt on a mannequin, and carefully sew on the hip roll, making sure to conceal the waistline for the skirt.

For the blue-collar, you will need

Make a bib using brown craft paper and put in on the mannequin so you can draw out the shape of the blue-collar. Once you draw it on, you can remove the bib and perfect the lines before cutting it out and tracing it onto the blue fabric. Make sure you trace it onto two layers of blue fabric so you get two collars.

Next, stitch or hot glue around the 2/3 sides, leaving the straight edge so you can flip it inside out. Next, iron the sewn edges so the collar can lie flat.

You’ll notice that the inner edges of the collar (the ones towards your face) have an unfinished seam. To get a polished look, fold it inwards by just one centimeter and hot glue it. Then, press it down with a piece of cardboard.

Next, you have to apply the white bias tape to get those signature white stripes on the collar. Sailor Moon’s costume has two stripes towards the outer ends of the collar. You can use a hot glue gun to attach the bias tape.

Don’t worry about the rounded edges, since bias tape can curve even when lying flat, it’s like magic!

Next, you’re done with the collar. You can use a safety pin to attach it to your leotard so it’s easy to put on and take off.

After that, it’s time to add the red bows that are an essential part of the costume – it’s what helps distinguish her sailor uniform from any other. Sailor Moon has a large bow just under the collar, near the chest, and an even bigger bow at the back, where the skirt meets the leotard.

To make the bows you’ll need some red fabric. Cut the fabric into 4 sets of rectangles. For each bow, you’ll need one rectangle with a longer length and one with a shorter length. Just make sure that the front bow has smaller rectangles than the back bow.

In total, you should have 8 rectangles – that’s 4 sets of 2 rectangles each. You’re cutting out 2 rectangles of each size so your bow looks perky and not droopy.

Hot glue around three of the sides of each rectangle, press on the rectangle of the same size so you have a double-layered rectangle.

Once you hot glue three sides, turn it inside out and hot glue the last side by folding in a seam.

Then, you iron the edges for a polished look and to keep the glue in place.

For each bow, take the rectangle with a smaller length, scrunch it up from the middle for the bow.  Then, scrunch up the longer piece of fabric from the center and align it with the center of the bow.

Next, you wrap a piece of red fabric around the bow and ‘hanging ribbon’ for a completed bow. You can use a safety pin or hot glue to attach it to the collar.

Repeat the same process and attach it at the back where the waistline of the skirt meets the leotard.

Sailor Moon’s outfit calls for red boots. We think this pair of long red boots from Amazon is pretty similar, although a little long. You’ll need

Put on the boots to see where they reach the knee and mark it. You’ll have to cut the boots so they point towards the knee. Next, apply some white tape on the edge of the boots.

To add the crescent moon symbols on Sailor Moon’s boots, cut out the shape on a piece of yellow crafting foam. Then, use gold spray paint so they get a shiny color. Attach these to the boots.

To make the puffy cuffs at the elbow of the gloves, use the same method to make tubes as you did for the hip roll, except with red fabric. Fill the tubes with polyfill and attach three of them together for a single cuff.

Join the rolls end to end so you can pass your arm through it, just make sure that it’s large enough to let your arm go through.

Going to a Cosplay Convention as Sailor Moon

If you’re going to an expo or convention as Sailor Moon, make sure to act the part as well. Learning some of her signature moves and lines can help you get into character!

Now that you have become Sailor Moon check out our Cosplays on other heroes such as Akali K/DA! Or if you want to know more about other costume trends check out our article on fursuits!