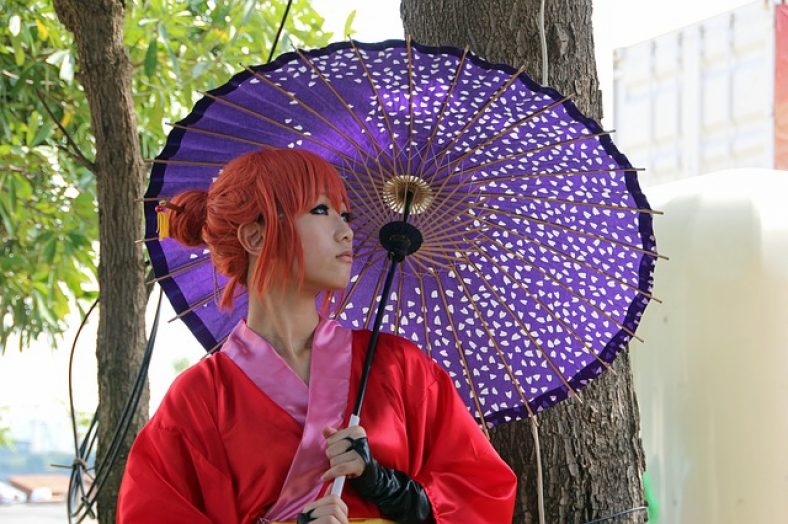 Are you ready to cosplay in Japan?

You are now beginning to hit your cosplay stride. At this point, you may have

experienced cosplaying different characters at multiple events, or just simply attended a few to absorb the electricity and enthusiasm of the cosplay culture. There are a couple of big cosplay events that you have on your radar, including San Diego Comic Con. But, as you go to purchase your tickets, you see someone post pictures from a few cosplay events they attended in Japan.

The atmosphere looks amazing, and even more exciting is all the different characters you have never seen cosplayed here in the US. In fact, many of the characters you have never even heard of before now! So before you decide to hit purchase on your next cosplay event here in the US, take a second to consider an exciting alternative. If by chance you are looking for a new adventure, cosplay in Japan.

The term ‘cosplay’ is a combination of the words ‘costume’ and ‘play’, but in 1984, it was initially coined in Japan. If you’re an anime fan, you’ve probably seen pictures of people perfectly dressed in character costumes, wigs, and makeup, on social media or the internet. These people are cosplayers, and although it’s a hobby for most, there are a few professionals in the field, too. Let’s get into the details about how cosplay is practiced in Japan:

It may seem like Japan is the go-to place for cosplay, but there are actually a few large-scale anime conventions and events for cosplayers to gather and dress up. We’ll compare the cosplaying trend in Japan to that of the U.S., but first, let’s talk about the biggest cosplaying events that take place.

Since anime and manga represent Japanese culture for many people, such events have a pretty high attendance rate, with some fans scheduling trips to Tokyo just to cosplay at these events!

AnimeJapan isn’t exclusively a cosplay convention, because it also showcases new special effects and animation technologies. A rather recent venture, it was first held in 2014 at the Tokyo International Exhibition Center, commonly referred to as Tokyo Big Sight.

It’s an amalgamation of two previously separate events, the Anime Contents Expo and the Tokyo International Anime Fair, which first started in 2002.

The exhibition aside, this event is a great platform to showcase and display your cosplaying talent, especially if you make costumes yourself.

Not exactly a convention, Jump Festa is more like an annual expo held in Tokyo and sponsored by Shueisha, the publishing company that releases various Jump anthologies.  The event launched in 1999 and was originally named Jump Festa 2000.

Now, the event has a massive attendance of well over a hundred thousand people and is the main place where new manga and anime from Jump anthologies are showcased. Moreover, Jump Festa is also where game production companies, like Bandai Namco, Square Enix, and Capcom, showcase new game teasers, gameplay footage, and concepts.

Of course, numerous cosplayers consider Jump Festa a great opportunity to dress up as their favorite characters, although it common for fans to pick characters from a shounen manga.

The biggest event of them all is Comiket, a term that’s a combination of the words ‘comic’ and ‘market’. This is the biggest dojinshi fair in the world and welcomes almost half a million attendees every year.

The event is free to attend, which is great news for anime fans, and you’ll find plenty of stalls that offer fanmade content, in the form of art or plushies. It’s held twice every year; once during the summer, and once during winter.

Unlike the other two events, you won’t find a lot of original merchandise, because dojinshi means self-published work. Here, you’ll also see professional cosplayers with their own stalls.

Trends for cosplay in Japan are always changing based on what manga, anime, or game is currently popular. Hence, you’ll rarely see consistency. Each convention will be different from the rest, with a few basics, classics, and simple costumes.

These include characters from older anime and manga that date back to the 80s and 90s. Popular choices in this category include Characters from Naruto, Sailor Moon, and even Dragon Ball Z.

In fact, other old-school anime, like Neon Genesis Evangelion, Berserk, and even the famous Studio Ghibli movies offer plenty of inspiration. Of course, some influential shounen franchises like Fullmetal Alchemist and Yu-Gi-Oh! make quite an impact on cosplay.

In this category, you’ll find plenty of classic game characters, as well as currently trending ones. As far as classics are concerned, you’ll find characters from Pokemon, Legend of Zelda, Final Fantasy, and Kingdom Hearts.

In some cases, you’ll even see cosplayers dressed up as fighters from the popular fighting games, Street Fighter from Capcom and Tekken from Namco.

Not to mention, there are some in-trend cosplay ideas, like Ahri from League of Legends and Hanzo or D. Va from Overwatch.

Then, of course, there are trending anime characters, and even though you’ll see cosplays from certain anime all the time, these are most popular in terms of cosplay options within the first year of release. Take Attack on Titan for instance, the thrilling and adrenaline rush-inducing manga came out in 2009 but the franchise really kicked off in 2013, when the anime adaptation was released.

Almost every other cosplayer was dressed as an Eren Jaeger or Levi Ackerman, while others took a creative route and cosplayed as titans. Other examples of currently trending cosplays include characters from My Hero Academia, One Punch Man, Steins Gate, and Violet Evergarden.

The Difference between Cosplay in Japan vs. the U.S.

You’re probably wondering what difference is there between the cosplay markets of Japan and that of the U.S. Here are a few ways that cosplaying in the U.S. is different from that in Japan.

While Japan hosts only a few large-scale events, the U.S. hosts almost ten, with San Diego Comic Con being the biggest event in North America.

There’s also a vast difference when it comes to the availability of costumes in both countries. In Japan, it’s actually quite easy to find high-quality costumes at stores, like Animate and Don Quijote. However, these can be pricey and your options will be limited to trending characters. Due to the wide availability of costumes, cosplayers in Japan rarely make their own outfits.

In the U.S., cosplayers have to make their own costumes from scratch and design the wig themselves. Of course, you have the option of ordering a costume, but it’s impractical for larger characters with more costume elements.

In the U.S., it’s quite common for people to dress up in costume and hang out around town, but this isn’t the case in Japan. They usually stick to dressing up for concerts, when visiting Harajuku, and photo gatherings.

If you enjoy watching anime, chances are that you’ve thought about cosplaying as your favorite character at least once. This bright idea might have occurred to you when a character has a similar personality to yours or if their costume looks easy to make. Nonetheless, it’s still an amazing experience to cosplay, whether you’re doing it in Japan or in the U.S., and regardless of what character you choose.

You are now ready to cosplay in Japan

We are confident that there is a ton of more information about the cosplay culture in Japan. The country has a rich cultural history and by all accounts the birthplace of cosplay as we know it today. So if you are looking to push the boundaries of your own cosplay, and embark on a new adventure, cosplay in Japan!