Building A Gaming PC For Under $500 (Bargain Performance Edition) 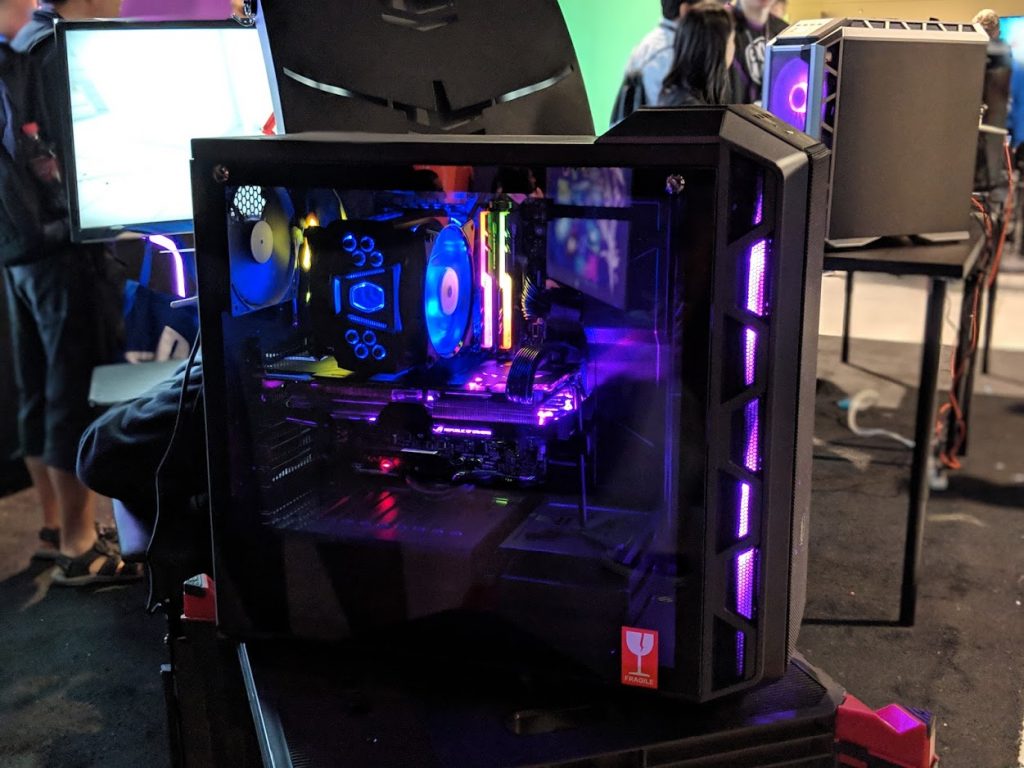 Gamers today have two options when it comes to their gaming PCs: finding a pre-built machine or building one from scratch. Many people over the years have debated which approach is better, but very few will argue that building your own provides you with more flexibility in terms of parts and budget. Believe it or not, building a gaming pc under $500 can give you plenty of performance for the price.

While you may not find equal performance to some of the higher-end PCs, lower-budget builds can be solid options that will certainly suffice for the casual gamer. And luckily for you, in the rest of this article, we’ll focus on the best strategies for building gaming PCs under $500. Here are the important PC hardware components needed: 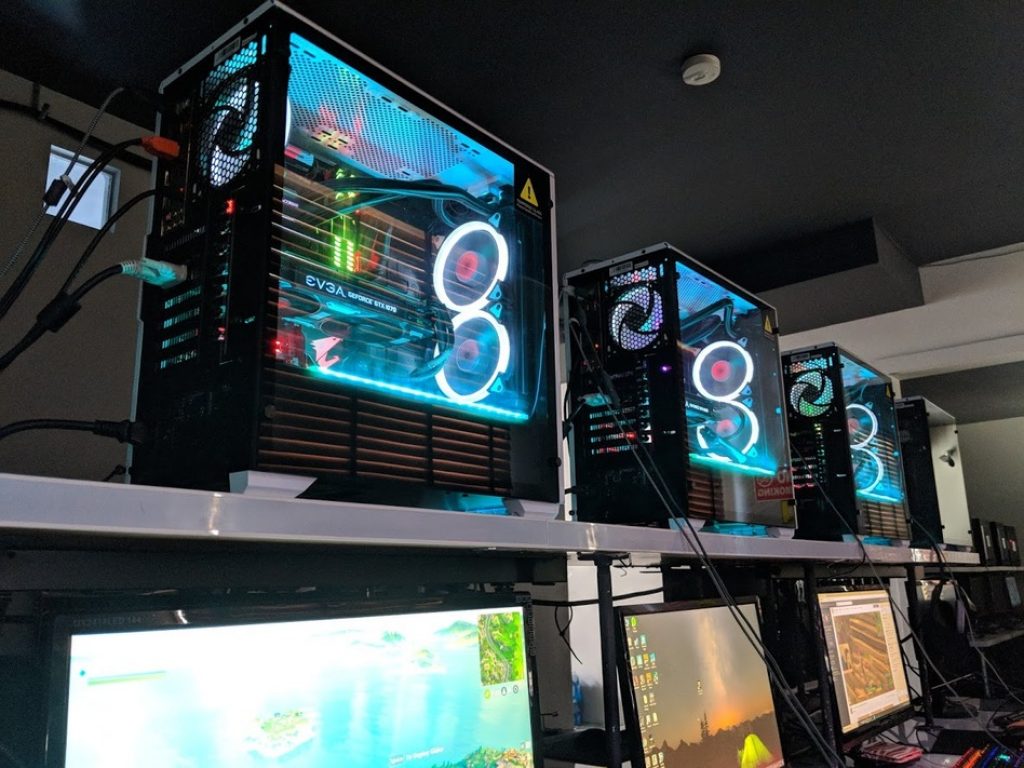 We’ve scoured the internet to find the best PC builds all under $500 or within $100 of that price. It’s important to note that the price of PC parts fluctuate daily based on market factors. A particular motherboard could cost $75 one day, and three days later, the price could shoot up by $50. All of these prices are constantly changing, and that’s why it’s important to not necessarily restrict our list to PCs that are under $500 at the time of this writing.

Because in a matter of days, the total price could dip below $500 again. So that’s why you’ll find some of our PC builds are a bit more than $500. Sometimes you just have to be patient for the parts prices to come down if you don’t want to splurge.

The first notable component of the build is the extremely popular GTX 1050 graphics card. With this graphics card, you’ll be able to run games at 1080p, with tweaked settings, of course. But what makes this build unique from the other builds is its CPU. With a Ryzen 3 2200G, the threshold for overclocking will be much higher than what you’re going to get from an Intel processor at this price range. The new model of AMD’s line of processors features a max CPU overclock of 3.7 GHz, basically allowing for overclocking at a cheap rate. If you’re into pushing your computer into overdrive and you wish to do it on a tight budget, this CPU will certainly let you do it.

This CPU also works in conjunction with the B450M motherboard, which features the aforementioned B450 chipset that allows overclocking to work properly. Pair this combination with the GTX 1050 2GB, and you will find yourself with a competent PC that runs games at high quality with certain compromises to performance. That being said, the 1050 2GB can also be replaced with a 1050 Ti or even a 1060 graphics card, so you can increase the average frame rate by about 5 to 10 FPS, although you will definitely have to pay more for the upgraded parts.


Overall, the main selling point of this computer isn’t exactly in its storage, cooling, or memory. These devices are simply budget add-ons that do their jobs without any particular note. Instead, the focus of this build lies heavily on its CPU and GPU, which allow for overclocking without detriment to the computer as well as a strong video card to ensure that the extra power is used to its fullest effect.

This PC is a true budget build when it comes to the price. It’ll be hard for you to find a better deal! One of the major factors when creating this PC is the GPU. While this PC does not contain a GPU, its CPU features enough specs to compensate well for its shortcomings. With a Ryzen 5 2400G with 4 Cores and a boosted clock of up to 3.9 GHz, this CPU is much more efficient than some of the others on our list. This second-generation Ryzen CPU makes up for the lack of a GPU and then some, ensuring a relatively smooth experience while gaming.

Picks for building gaming PCs above $500 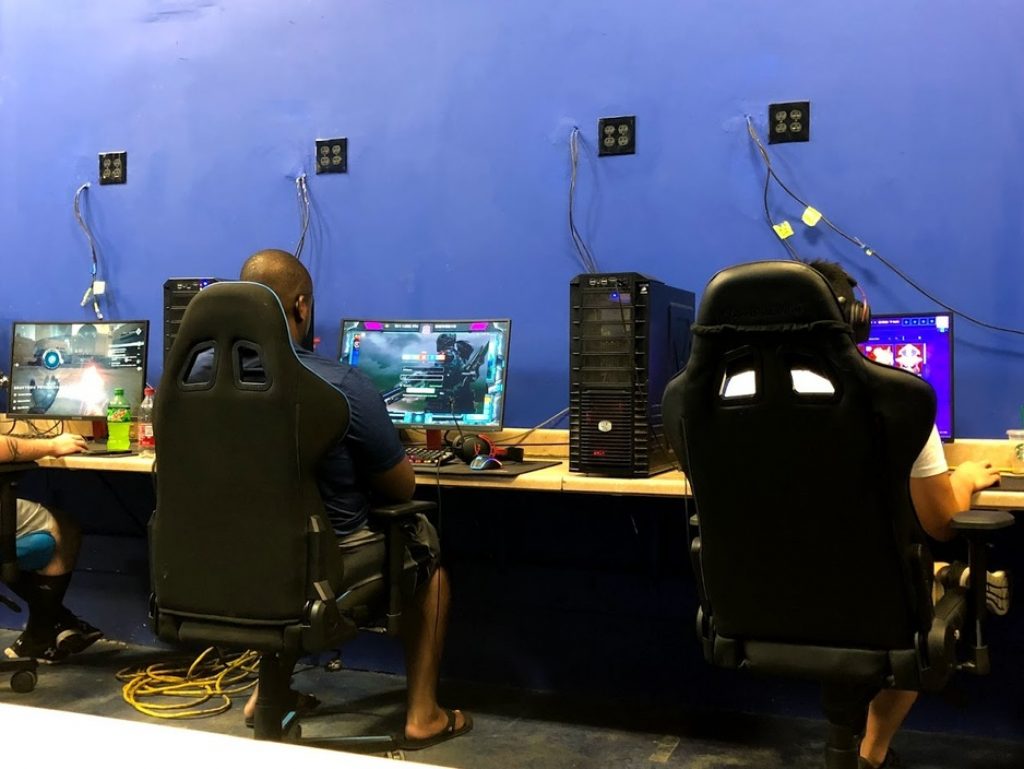 This build is for anyone who wants to hit the minimum requirement for gaming with VR, namely the iconic Oculus Rift which reignited the passion for virtual reality back in 2012. However, as the Rift itself costs a whopping $400, which doesn’t include the plethora of games you’re probably going to want buy for the system, you’re most likely not going to want to break the bank for a computer that can run the system well. According to the in-house testing of this PC build, games run smoothly with no subjective reports of nausea.

As a standard, this PC sports the AMD Ryzen 3 1300X. The minimum requirements for Oculus Rift suggest you have a Ryzen 3 1200, so this build is sure to exceed that. This CPU is affordable, yet its quad-core structure and 3.7 GHz turbo frequency ensure that it will work well under stress. Additionally, the stock cooler that comes with the Ryzen 3 1300X works well enough that a third-party isn’t necessary to keep the PC from overheating. The GPU is the powerful Gigabyte GTX 1050 2GB, which works surprisingly well given its budget price. Simply put, this video card is competent enough to run VR games and is well-equipped to handle many AAA titles outside the realm of VR as well.

The motherboard is a Gigabyte B450M DS3H, which was parametrically explicitly filtered to contain a B450 chipset. With this set, this computer is then able to be overclocked without sacrificing too much money in the process. Overall, with these affordable, yet efficient components working in tandem with 2 TB of storage, this PC ensures that you will be able to run and play VR games as much as you please if you are willing to spend the time and money to enjoy them.

For many, the daunting task of creating a PC is extremely stressful. Luckily for them, pre-built gaming PCs like the HP Pavilion Gaming Desktop exist. This gaming PC comes with an AMD Ryzen 3 2200G which as stated before, is a great entry level CPU that utilizes the modern new generation technology of the Ryzen series. The base clock for this CPU is 3.5Ghz, this makes it pretty decent for its price. Furthermore, this desktop comes equipped with an AMD Radeon RX 550 4GB graphics card. The AMD Radeon RX 550 is another reliable PC part that is affordable. With 4GB, the graphics card will be able to handle even the most demanding games such as Overwatch, GTA V, and more.

With 8GB of RAM, multitasking shouldn’t be a problem for this rig. While 8GB may seem low for most gaming PCs in this era, for a gaming PC around $500, 8GB of RAM is a great starting value with the possibilities of upgrades. Also with 1TB of storage, this PC will be able to download many games that include large files such as Battlefield 1, GTA V, and Call of Duty: Black Ops 4. Overall, this PC is a great starting PC with a lot of potential for upgrades in every component. This is an excellent option for those who don’t want to build their own PC piece by piece and just wants something that is ready-to-go!

This is the first PC build on our list that uses an Intel Processor. And this happens to be one of the most basic entry-level Intel builds you will be able to find. The recommended CPU is the Intel Pentium Gold G5400. While it features only two cores, the G5400 also employs hyperthreading to help close the gap between it and a 4-core i3. Hyperthreading adds an additional logical core for each physical core, which is handy for streaming, video editing, and multi-tasking CPU-intensive tasks. The G5400 includes a stock cooler, so an additional cooler isn’t necessary.

The GeForce GTX 1050 Ti is a fantastic option for a graphics card as it lets you play any popular game available today, including Fortnite and PUBG, and is priced very well. For a motherboard, the suggested GIGABYTE B360 DDR4 motherboard allows for future expansion. This motherboard is also compatible with the Intel Processor, which is extremely important.

One of the best priced 2x4GB memory kits is the G.SKILL 8GB DDR4. It also fits within Intel’s recommended specifications. With this selection, there is also space left on the motherboard for two more sticks of RAM, if desired. The Seagate hard drive is one of the best-priced 2TB HHDs out there. Unfortunately, with the rising cost of NAND, we’ve had to cut out the SSD in order to keep this build more budget-friendly. Everyone’s needs are different, so feel free to increase storage capacity or add an SSD if you would like.

This PC build contains an Intel i3-8100 processor, which is a higher-end staple for budget PCs. Intel has been one of the most reliable CPU manufacturers for the past few years so choosing the i3 would be an obvious decision. This budget quad-core CPU will help you run your games smoothly for its price.

This build also contains a GTX 1050 Ti which is a great budget graphics card with the new outbreak of the RTX series. The prices will drop further as time passes, so if you’re looking for something beefier a GTX 1060 or higher may be suited to your liking. That is if you’re willing to spend the extra cash on a better graphics card.

Other than the two main components which cost the most, the rest of the PC is self-explanatory, With the standard 8GB of RAM and the effective budget motherboard of the ASROCK MB H310M, this computer is guaranteed to hold up well under the tests of time. If you are willing to spend the extra bucks to make this computer, it will serve you well in the long run.

Hopefully, by now you understand that you don’t need thousands of dollars to assemble a solid gaming PC. While you can’t expect to put together the most high-end build with only $500, you can construct a perfectly suitable build for a gaming PC. The beauty of building a PC is that you can swap in-and-out components based on your preferences. If you want to spend more on a graphics card, but less on a case, that decision is entirely up to you. You have the ultimate flexibility when it comes to building your perfect gaming PC, and now you at least can see that you should be able to do that with just a few hundred dollars in your budget.

We hope this list of the top gaming PCs under $500 (or near $500) will help you on your way to finding the best machine for gaming. Good luck and game on! And if you’re interested in reading other gaming and esports posts, check out our articles on best gaming desks, how to build a gaming PC, and best gaming headsets under $100.

An Ultimate Guide to Becoming a Pro CS:GO Player

League of Legends Worlds 2022: Where to buy, Tickets Price, Start Date, and More